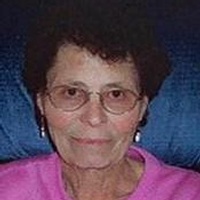 Liturgical Wake Service is 7:00 p.m. Thursday with visitation starting at 5:00 p.m. all at St. Thomas in Roscoe. There will also be visitation one hour prior to the service on Friday.

Virginia was born on her parent's farm near Loyalton, SD on February 17, 1932 to Ralph and Edna (Gange) Oban. She was raised in the Loyalton area and attended grade school there. She later attended high school in Roscoe, SD.

She married James Jeschke on June 24, 1948. They lived their lives almost entirely in the Roscoe and Loyalton area. They moved to Ft. Peck, MT in March of 1974 where they operated a nightclub until November of 1975 when they returned to farm near Roscoe.

Virginia had worked as a nurse's aide since 1972. Her career in caring for people led her to work at nursing homes in Ipswich, Bowdle and Hosmer. She also worked at the Ipswich Community Hospital for several years. She advanced her self during her career by attaining certification as a Medication Aide. She also worked in Physical Therapy for two years.

James died on August 14, 1999 and Virginia ended her career the very same year. She continued to live in Roscoe until the time of her death on Sunday, October 23, 2011 at the Bowdle Hospital.

Virginia enjoyed gardening, crocheting and reading in her spare time. She also really liked to make quilts. However, her favorite moments of life were those that involved family and especially spending time with her grandchildren.

To order memorial trees or send flowers to the family in memory of Virginia Jeschke, please visit our flower store.