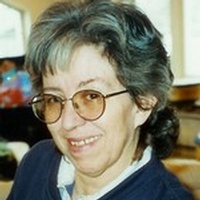 Mass of Christian Burial for Tonya M. Kirschenmann, 63, of Ipswich, is 10:30 a.m. Tuesday at Holy Cross Catholic Church in Ipswich. Interment follows in the church cemetery.

Visitation is Noon to 4:30 today (Monday) at Gramm Funeral Home and one hour prior to the services at the church.

Tonya was born November 14, 1945 to Adam and Ardina (Rempher) Dosch at Ipswich, SD. She was raised and attended school in Ipswich.

She married Edward Kirschenmann on June 14, 1963 in Ipswich. They made their home on a farm near Loyalton, SD. They later moved to a farm southwest of Ipswich where they have lived for the last 42 years.

With the exception of several years spent working for the Frontier Caps factory in Ipswich, her love of people found her working as a waitress in Ipswich and Roscoe. She would also help Edward on the farm while she raised her children.

Tonya really enjoyed fishing, polka music, reading, crossword puzzles and board games, and gardening. Her times spent with family and friends were very dear to her. Her illness kept her from being as active as she once was but she would always say that she was "doing great."

She will be greatly missed by those who knew and loved her including her husband, Edward of Ipswich; son, Bill Kirschenmann of Aberdeen; daughter, Tammy (Scott) Lowe of Watertown; two grandchildren, Samantha and Taylor Lowe, and one great-grandson, Jason all of Watertown; brother, Lynn (Linda) Dosch of Sela, WA; two sisters, Joetta Schofield of Yakima, WA and Mary Ann (Danny) Roberts of Spokane, WA and many friends.

Her parents and one brother, Rodney, preceded her in death.

To order memorial trees or send flowers to the family in memory of Tonya Kirschenmann, please visit our flower store.