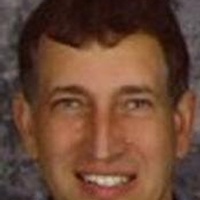 Mass of Christian Burial for Timothy "Tim" Lee Malsom, 50, is 10:30 am Saturday at Sacred Heart Catholic Church in Aberdeen. Burial will be in Riverside Cemetery in Aberdeen.

Visitation is Noon to 5 pm Friday at Gramm Funeral Home in Ipswich and one hour prior to the service at the church on Saturday.

In lieu of flowers memorials are preferred.

Tim was born October 12, 1960 to Valentine and Juliana (Baumstarck) Malsom in Aberdeen, SD. He was raised on the family farm and attended grade school at Holy Cross Catholic School in Ipswich. He then attended Ipswich Public School and graduated in 1979.

The following fall, Tim enrolled at the North Dakota State School of Science in Wahpeton, ND, where he earned an Associate's Degree in Diesel Mechanics in 1981.

Tim returned to the area and worked for Nelson's Electric in Aberdeen for a short time before starting his 29 year career at Crawford Trucks and Equipment. In April of 2001 he was named Service Manager at Crawford's. "Spot", as he was called around the shop at Crawford's, continued in that role until the time of his death.

He married Sonia Marie Christianson on November 30, 1991. The two of them made their home in Jobee Acres near Aberdeen. Over the years Tim, or "Arnold" as Sonia referred to him, spent countless hours improving the property and remodeling.

Tim spent many of his younger years racing the number 10 modified at Brown County Speedway and was as likable on the track as he was off the track. He enjoyed teaching others how to fix things and was always available to help when asked.

Tim ended his racing career with the birth of their twins, Spencer and Natalie. He took great pride in them and put their well being first in his life. He was a wonderful "Pops" who tried his best to mold their lives with generosity of time.

Tim was a kind and caring man whose integrity led him to be trusted by many, both in his work and in his personal life. Tim volunteered his time with the boy scouts, was a Taekwondo instructor at the YMCA (he held a second degree black belt), and was a member of the Aberdeen Driftbusters Snowmobile Club and Sacred Heart Catholic Church.

He was preceded in death by his father, Valentine Malsom; two sisters, Louise and Junill; his father-in-law, Clifford Christianson and his grandparents.

To order memorial trees or send flowers to the family in memory of Timothy Malsom, please visit our flower store.