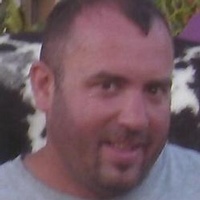 A memorial gathering was held near his Centennial, Colorado home on the afternoon of Sunday, August 27th.

Steven was born on December 29, 1969 in Huron, SD to Raymond and Candis (Currey) Kub. Much of his childhood was spent in Huron where he was active in the Beadle County 4-H program. His talents for photography and for horse training remained lifelong passions. The family moved to the Kub farm near Ipswich in 1984 and Steven graduated in the Ipswich High School Class of 1988.

In May of 1992, Steve graduated from Dakota State University with a Bachelor of Science in Information Systems and a Bachelor of Business Administration, setting him on a successful career in large-scale data management. His first job in the field was at the EROS Data Center near Sioux Falls, followed by moves to New York, Los Angeles, Salt Lake City, and Denver, designing and administering mass storage environments for large financial companies, including Goldman Sachs, RBS, and First American Title. Since 2012, Steve was a Principal Engineer with Comcast.

All along this path, Steve made lasting friendships with like-minded people who appreciated his good taste, adventuresome spirit, and wicked sense of humor. He will be deeply missed.

Grateful for having shared in his life are his father, Raymond Kub of Ipswich, sisters Teresa (Daren) Konda of Omaha, Nebraska and Elaine Kub of Ipswich, sister-in-law Dawn Kub of Phoenix, Arizona, niece Alexandria Kub of Phoenix, Arizona, and nephew Spencer Kub of Camp Pendleton, California. Steve was preceded in death by his grandparents, his mother Candis Kub, and his brother Vincent Kub.

To order memorial trees or send flowers to the family in memory of Steven Kub, please visit our flower store.