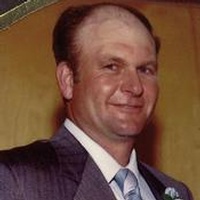 The funeral service for Stanley John Schock, 67, of Leola, will be 10:00 AM, Saturday, November 16, 2013 at Gramm Funeral Home, 720 North 6th Street, in Ipswich. Pastor Gary Compton will lead the service. Burial will be at Sunset Memorial Gardens in Aberdeen.

Visitation will be one hour prior to the service at Gramm Funeral Home.

Stanley was born on April 16th, 1946 to John and Florence (Mehlhoff) Schock in Aberdeen, SD. He was baptized and confirmed at St. Paul's Lutheran Church in Leola. Stanley attended Leola High School and graduated in 1964.

After high school he spent two years working for the Leola Equity Exchange while farming on the side. He was united in marriage to Cynthia Rott. Together they had two children, Todd and Roxana.

Stanley loved farming and that was his dream from a young age. He created his home west of Leola where he resided until the time of his death. He was a member of the Leola Saddle Club for several years. He had also served as a Deacon at St. Paul's Lutheran Church in Leola.

Stanley died in a vehicle accident southwest of Leola on Tuesday, November 12, 2013.

He was preceded in death by his father, John Schock.

To order memorial trees or send flowers to the family in memory of Stanley Schock, please visit our flower store.