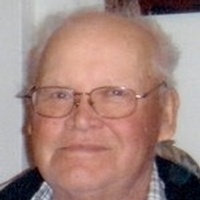 The funeral service for Ronnie R. "Tubby" Kienow, 65, of Ipswich, is 10:00 a.m. Friday at UCC-Congregational Church in Ipswich. Burial will be in the Ipswich City Cemetery.

Visitation is 5-7:00 p.m. Thursday at Gramm Funeral Home and one hour prior to the service at church.

Ronnie Ray Kienow was born at Ipswich, SD on May 23, 1943 to Ferdinand and Florence (Estergaard) Kienow. He grew up on the family farm southeast of Ipswich and in 1949 moved with his family to the present farm on the outskirts of Ipswich.

He attended Ipswich Public School and helped his parents with a milking operation and the farm work. He later went custom combining and also worked in the gold mines in western South Dakota.

In 1969, Ronnie, joined the workforce of the Milwaukee Road. He spent the next 33 years with the railroad. The Burlington trains were always his pride and joy. He retired in 2003 and continued with his farming operation.

Ron was a victim of cancer, having been diagnosed in February of 2006. He fought a hard battle for over 3 years and expressed a desire for everyone to get themselves checked if they are not feeling well. He encouraged others to contribute to causes that help to fight this fatal disease. His family has chosen the Edmunds County For A Cure organization as the recipients of memorial donations.

Ronnie loved to hunt and fish. He played baseball and softball and also umpired games. He enjoyed a few horses and other tame animals. He took great pride in his nieces and nephews and always wanted the best for them. He was friend to every child and will be missed by many of them as well as his family and friends.

Preceding Ronnie in death are his father, Ferdinand and two brothers, Allen and Stewart.

His nieces and nephews will serve as his casket bearers.

To order memorial trees or send flowers to the family in memory of Ronnie Kienow, please visit our flower store.