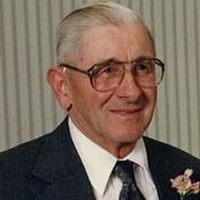 The public funeral service for Raymond M. Rohrbach, 83, of Roscoe, is 2:30 pm Saturday, August 24, 2013 at the Kingdom Hall of Jehovah's Witnesses, 1757 South Lawson Street, in Aberdeen. There will be no visitation.

Mr. Rohrbach will be interred at Morningside Cemetery in Roscoe during a private family service.

Raymond passed away Sunday, August 18, 2013 after a battle with cancer.

Raymond was born January 15, 1930 in Roscoe, SD to John and Katherina (Huft) Rohrbach. He was the third of five children. He attended Schurr Country School, in North Bryant Township until the 8th grade, and then he attended Ipswich High School, graduating in 1949.

In 1951-1952, Raymond and his good friend Alvin Schmeichel spent the winter doing evangelizing work in Walworth County, SD. In 1955, Raymond attended International Conventions of Jehovah's Witnesses in Europe, which included England, France, Italy, Switzerland, Germany, Sweden and Holland.
Raymond grew up on, lived on and worked on the family farm until the spring of 2013. The house he lived in his whole life was built the year he was born. On October 17, 1964, Raymond married the love of his life, Helga, and they spent almost 49 years together. They raised two children, Rebecka and Jonathan.

On July 20, 1941 Raymond was baptized as one of Jehovah's Witnesses in Aberdeen, SD dedicating his life to his heavenly Father and Creator, Jehovah God. What Raymond hopes people take away from having known him is the thing he loved to do most "preaching the Good News of the Kingdom" (Matthew 24:14) and teaching about the "hope of everlasting life on earth" (John 3:16) made possible through the Ransom Sacrifice of Jesus Christ. Raymond, together with his wife Helga, found no greater joy in life than helping people to come to know our heavenly Father Jehovah and to call upon Him by name. (Psalms 83: 18)

Raymond also loved working on the farm and he thoroughly enjoyed the cattle. He, along with Helga, truly treasured spending time together with their grandchildren Shawntelle, Jesse and Jadon.

He was preceded in death by his parents and great grandparents.

Raymond was thankful for the wonderful friends and neighbors that he had. Melvin Roesch and his family held a special place in Raymond's heart, having been neighbors and working together Raymond's whole life.

His family is grateful for everyone's love and support before, during and after his illness. We all will miss him and look forward to seeing him again after the resurrection in Paradise.

Funeral arrangements are with Gramm Funeral Home of Ipswich. www.grammfuneralhome.com

To order memorial trees or send flowers to the family in memory of Raymond Rohrbach, please visit our flower store.