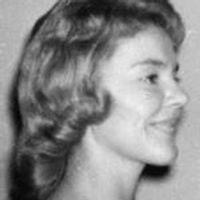 - Graveside services for Peggy Marie Sazama, 78, of Ipswich and formerly of Custer, SD and Phoenix, AZ, is 11:00 am Tuesday September 7, 2010 at the Springfield Cemetery in Springfield, SD.
Visitation is tonight (Sunday) at Gramm Funeral Home in Ipswich from 7-8:00 pm.
Peggy was born September 12, 1931 in Springfield, SD to Bryson and Odetta (Opperman) Monfore. She was raised in the area and attended school there.
She married Ed Sazama. They made their home in Sioux Falls where she started raising her family. While in Sioux Falls she was active in the Order of the Eastern Star and had served as a Worthy Matron. She later moved to Phoenix, AZ. In Phoenix, she worked for the University of Phoenix and also for a school for handicapped children in Scottsdale, AZ. She eventually retired and returned to South Dakota in 2005.
Peggy was an adventuresome soul. She enjoyed many things in life from flowers and gardening to her well known crocheted rugs. She loved good times with friends and family and was always ready for an ice-cold beer.
Thankful for having shared in her life are her son, James (Sandra) Sazama of Olathe, CO; twin daughters, Kristeen (J. David) Williams of Ipswich, SD and Kathleen (Steve) McComb of Telluride, CO and daughter, Sandra (Chad) Conard of Custer, SD; one sister, Frankie (Ike) Olson of Watertown, SD and six grandchildren, Jamie (Kelly) Stiles, Travis Sutton, Josh Meckle, Carly Meckle, Jenny Meckle and Cole Conard as well as two great-grandchildren, Jaydin and Jace Stiles.
Her parents preceded Peggy in death.

To order memorial trees or send flowers to the family in memory of Peggy Sazama, please visit our flower store.