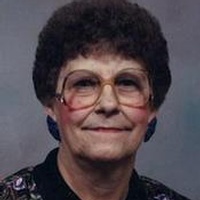 A celebration of the life of Marjorie E. Garner, 80, of Roscoe, is 10:30 a.m. Saturday at Congregational-United Church of Christ in Roscoe. Rev. James Clarke will lead the service. Burial will be in Morningside Cemetery in Roscoe.

In accordance with Marjorie's wishes there will be no visitation.

Marjorie was born May 10, 1930 to Aurther and Anna (Damman) Langbehn in Huron, SD. She was raised on a farm near Wessington, SD. She attended school in Wessington and later in Wolsey, SD.

Following his death, she managed the co-op until a new manager could be found. She continued to work as the bookkeeper until retiring. In her retirement years, she worked at South Dakota Wheat Growers.

Marjorie enjoyed the simple life and was content with playing cards and watching professional golf on television. In her younger years she liked the trips that she and Robert took with the co-op and enjoyed fishing and golfing.

She is survived by her two sons, Reed (Pam) Garner of Roscoe and Rick (Jackie) Garner of Rapid City, SD; one daughter, Robin Garner of Sioux Falls and one sister, Dorothy Menning of Huron; seven grandchildren and three great-grandchildren.

She was preceded in death by her parents, her husband, Robert, in November of 1986, two brothers and four sisters.

To order memorial trees or send flowers to the family in memory of Marjorie Garner, please visit our flower store.