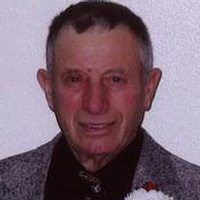 The funeral service for Luther J. Hoffman, 82, of Leola, is 10:00 am Thursday at St. James Lutheran Church in Leola. Burial will follow at Greenmound Cemetery in Leola.

Luther was born December 1, 1930 to John K. and Christina (Rath) Hoffman on a farm near Leola, SD. He attended school at Arena Township School.


Following his schooling, Luther continued to help his father and brothers on the family farm. He was drafted into the United States Army in September 1953 and was honorably discharged in October 1954. He returned home to the farm and continued his work as a steward of the land.

Luther married Dorothy Delores Feickert on November 21, 1954 in Leola. They made their home on the farm, where they raised their family of five children. Over the years, Luther expanded the farm and proudly ran a Horned Hereford operation. While busy caring for his own farm and family, Luther also devoted much of his time to the service of others. Over the years, he served on many boards and councils and was an active member of St. James Lutheran Church in Leola, where he had been a lifetime member. He also actively participated in the activities of the American Legion including the honor guard. When free time could be found, he and Dorothy loved to travel and had visited nearly every state in the nation. They were also active square dancers and went to many in the area.

They moved into town in 1991 when he proudly turned the farm over to his son, Brian. However, Luther never completely retired from farming and was always available to lend a helping hand on the farm. Luther enjoyed his daily walks around town and readily assisted anyone where he saw a need. He also enjoyed watching old westerns, reading, playing cards and cherished his time spent with family.


Luther passed away Monday, May 6, 2013 at ManorCare in Aberdeen.

Memorials are preferred rather than flowers.

To order memorial trees or send flowers to the family in memory of Luther Hoffman, please visit our flower store.