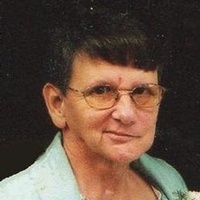 The memorial service for Linda Lee Stroman, 71, of Ipswich, is 7:00 pm Monday at First Baptist Church in Ipswich. Pastor Gary Compton will lead the worship service in celebration of Linda's life.

There will be no visitation.

Linda was born April 5, 1944 in Los Angeles, CA to Harold Leonard "Duke" and Dorothy (Wood) Caldwell. She was born as a twin and was born with cancer. While her twin brother died at birth, Linda became a medical miracle of sorts as she became the youngest person to ever receive radium implants. The story of her infancy appeared in LIFE magazine and her procedure was featured in medical journals around the world.

At the time of her birth her father was deployed in the Navy and was on his way to Normandy. When she was born, the Navy sent her father back to California to be with her. The ship he was on was sunk in battle and her family always contended that Linda was an Angel responsible for saving her father's life.

She was raised in Gardena, CA, graduating from Gardena High School. She then attended Gardena Adult School where she received a LPN degree. She spent 31 years working in medical care including at Gardena Memorial Hospital and UCLA Harbor General Hospital.
In 1995 they moved to Ipswich, SD where she went to work for the Edmunds County Sheriff's Office as a Dispatcher. She retired in 2005.

Linda married Robert "Bob" Stroman on September 4, 1970 in Torrance, CA. They made their home in Hawthorne. CA. While in California she was an active volunteer with the Torrance Civitans Special Olympics Committee and the Rose Bowl Parade Association. She and Bob liked to hunt and fish in the southwest United States.

In 1995 they moved to Ipswich, SD where she went to work for the Edmunds County Sheriff's Office as a Dispatcher. She retired in 2005. While in Ipswich, Linda was a member of First Baptist Church in Ipswich. She liked to read and spend time with family. She was a fan of the Denver Broncos and loved all forms of auto racing. She could be found nearly every Friday night at the stock car races at Brown County Speedway.

Thankful for having shared in her life are her son, Michael (Heather) Stroman of Ipswich and their children Breanna, Victoria, Claricee, and Gracie Ann; two sisters, Carolyn Doshier of Poteau, OK and Maria (Jose) Jorkin of Tyler, TX; one sister-in-law, Jan Caldwell and several nieces and nephews.

She was preceded in death by her parents, husband, twin brother at birth and one brother, Gregory.

To order memorial trees or send flowers to the family in memory of Linda Stroman, please visit our flower store.