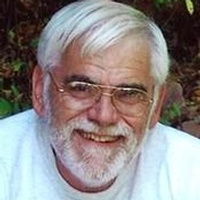 A Liturgical Wake Service is 7:00 p.m. Thursday at the church with visitation one hour prior.

James Wilbur "Jim" Rappe was born on January 20, 1948, to Wilbur and Minnie (Braun) Rappe in Ipswich, S.D. He attended Holy Cross Catholic School and often reminisced about the nuns. He later graduated from Ipswich Public School in 1966. He attended Northern State University where he had an instant connection and stayed for 39 years as the campus's reproduction specialist. When asked if he would ever retire he always responded that he will stay at NSU until he assumes room temperature. He thoroughly enjoyed working at the college and made an immediate impact on each person he came into contact with.

He made his home at Mina Lake in the 1980's where he took pleasure in God's natural beauty.

He adopted the love of his life, Melissa, in 1993 when she was five years old and took to parenting very naturally. They enjoyed every moment they spent together and talked on the phone daily.

He also enjoyed restoring vintage aircraft with his brother, Chuck, and flying, running around with a camera, two dogs Nola and K.J. that ruled his life, four aquariums, two outdoor ponds, and was extremely active in amateur radio where his call letters were K0HAA. He loved mowing his lawn which he did 34 times last year, which is equivalent to 153 miles.

He was the most patient, loving, kind, giving, caring, and faith-filled man. He was the best father, brother, uncle and friend that anyone could ever ask for. He was a great listener and was always the voice of reason. His memory will live on through the countless number of wedding photographs he captured, through his humor, his knowledge and his famous words "Be Good."

He was welcomed into Heaven by his parents, brother, Glenn, and many friends that have passed before him.

To order memorial trees or send flowers to the family in memory of James Rappe, please visit our flower store.