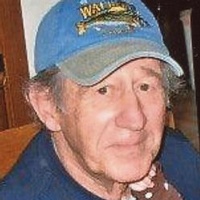 A prayer service will be at 6:00 pm Friday at Gramm Funeral home with visitation starting at 4:00 pm. Family will be present from 6-8:00 pm.

Jim was born February 11, 1940 to Albert and Anna Hoffman. They lived on the family farm until 1951 when his parents moved to Lodi, CA just prior to the death of his beloved grandfather, John B. Hoffman.

He continued his education and began his career in California. He was employed doing what he loved to do - mechanical designing. He designed everything from mail trucks to conveyor belts. The final 20 years he worked for the Department of Energy and the Department of Defense. He helped in the design of very small spy cameras for our stealth fighters and bombers. He also helped in the design of laser weaponry used on our battleships and submarines.

Jim retired in 1997 and came back to South Dakota where he worked for Blumhardt's in Ashley, ND on agricultural equipment. He also worked for 3M and Hub City in Aberdeen before his health forced him to again retire.

He enjoyed all kinds of sports, especially basketball and football. He also like to hunt and fish when he had the opportunity.

Jim will be remembered for being a quiet, private person, except to those who really knew him and his sense of humor. He enjoyed practical jokes and loved to make people laugh. He also enjoyed being with his family, especially on holidays and it didn't matter which holiday. He really liked the large family dinners, especially Thanksgiving and Christmas.

Jim followed the Eternal Light of God home on Tuesday, the 27th of September, 2016, after complications from a courageous battle with cancer that took his life.

Preceding him in death were his parents, Albert and Anna Hoffman; his beloved grandparents, John B. and Katerina Hoffman; his aunts, Elsie (Fred) and Hertha (Dan) Hoffman and uncles, Vernon (Hilda), Glenn (Arlene) and Leo (Ardys) Hoff.

To order memorial trees or send flowers to the family in memory of James Hoffman, Sr., please visit our flower store.