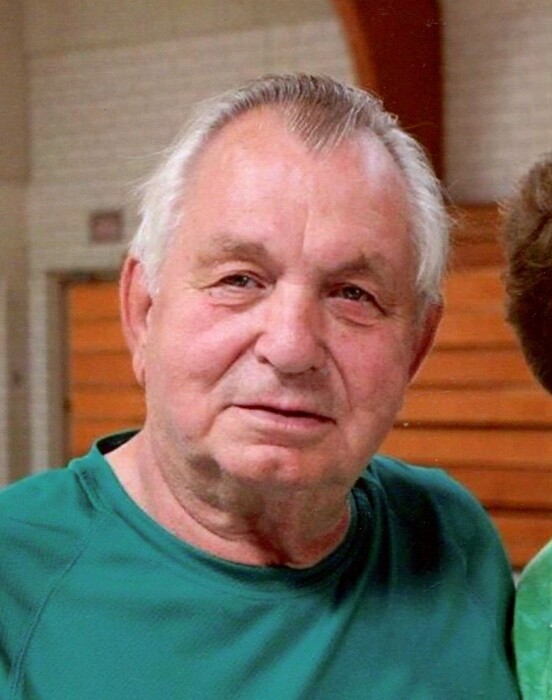 Visitation is 5-7:00 PM on Sunday at Holy Cross with a Liturgical Wake Service and Rosary at 7:00 PM.

Jake was born September 1, 1936 to Jacob Joseph and Mary Ann (Biegler) Hammrich on the family farm near Ipswich.  He attended Holy Cross Catholic School and graduated from Ipswich High School in 1956.  He went on to Barber School in Sioux City, Iowa and returned to South Dakota taking his first job in Britton, SD.  After a short time, he moved to Faulkton, SD.  While in Faulkton he met his soul mate, Diane Schmidt.

They were married at Holy Cross on May 13th, 1961.  In 1962, they moved to his hometown of Ipswich.  He worked as a barber until 1990 but he never really retired, continuing to cut hair for friends and family.

His life changed in 1990 when the Priest asked him to go to work for the church and school.  Jake felt this was the best decision he had ever made. He enjoyed every day on the job, cleaning God’s house and interacting with the children at the school.  He did this for many years while also volunteering as a CCD leader, active Knights of Columbus member and served as the sexton of the church cemetery.

Jake was one who never sat still.  He went to work in the Walmart Pharmacy in Aberdeen so that he could ride with Diane to Aberdeen.  He loved being able to visit with everyone there.  There were no strangers in Jake’s life.

He served in the Army National Guard from 1961-1964.  In all his working life, he made sure to give back to the community he so loved.  Jake served on the Ipswich City Council, was a volunteer firefighter and was a Boy Scout Leader.

Jake enjoyed life.  He loved to spend time playing games with his children, family and friends.  He could be found playing cards or croquet with anyone willing to endure his competitive spirit.  Jake loved attending sporting events in town supporting the athletes at IHS, especially his extended family members.  He was an avid fan of the New York Yankees and the Dallas Cowboys. He rarely missed a discussion over coffee at the Lumber yard and loved to travel to visit his children and grandchildren.

Thankful for sharing in his love are his wife, Diane, of Ipswich; his daughter, Kimberley (Craig) Ambach of Pierre, SD;   his sons, Bruce (Anna) Hammrich of Greensboro, NC and Brian (Christina) Hammrich of Mercer, PA; six grandchildren; three great-grandchildren; one brother, Harvey Hammrich of Watertown, SD; many nieces and nephews and hundreds of people who had received a haircut from Jake.

He was preceded in death by his parents and siblings, Tillie, Steve, Mary Jane, Joseph, Albert, John, Lawrence “Hip,” Leonard and Leo.

As said by a friend, “Heaven just got a lot more fun!”

Memories may be shared with Jake’s family at grammfuneralhome.com

To order memorial trees or send flowers to the family in memory of Jacob "Jake" Hammrich, please visit our flower store.