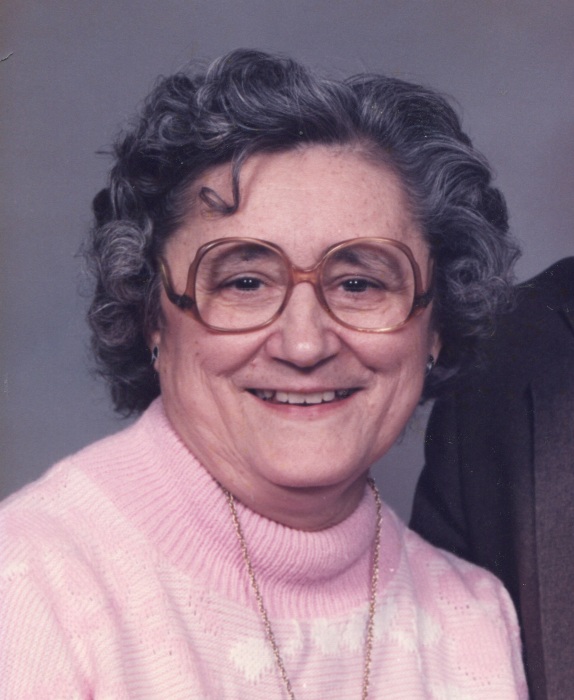 Irene Rissmann, 93, a longtime resident of the Ipswich-Roscoe-Hosmer area died peacefully at Avantra Nursing Home in Huron on May 29, 2020.  Irene had been residing at the Willshire Retirement Community in Huron for the past few years.

Irene was born in Hosmer on April 29th, 1927, to John and Pauline Nehlich (nee Weiderich).  She attended school in Roscoe, received post high school education in Aberdeen, and taught in rural schools in the area.  Irene was also Edmunds County Auditor for about 15 years, a position she was immensely proud of (the family joked that it seemed like she had been an auditor for at least 50 years).

While attending a town dance on a Saturday night in Roscoe, Irene noticed "crazy" Kenneth Rissmann while he and his army buddies were marching down main street in full uniform.  The story goes that the sheriff was called, but he determined the boys were just having some fun and not causing any trouble.  This chance meeting between Kenny and Irene brought about their marriage on September 25, 1949, and eventually resulted in the births of Wayne (Huron) and Curt (East Helena, MT).

After Irene and Kenny retired and moved from the family farm into Ipswich, Irene volunteered at the J. W. Parmley Museum.  Except for one time, Irene also accompanied Kenny while he fished (and fished some more), even though she was not fond of fishing and not at all fond of eating fish.

Irene spent a considerable amount of time laughing and playing cards with Kenny, his sister and her husband, his brother and his wife and Irene's two sisters and their husbands.  Much to Irene's chagrin, she outlived them all.

Irene is survived by her two sons, several grandchildren and great grandchildren, and nieces and nephews all of which she adored.  The entire family will greatly miss her but is content knowing she is somewhere in the great beyond fishing with Kenny.

Her funeral service is 11:00 AM Saturday, June 13, 2020 at Gramm Funeral Home in Ipswich. Burial will be in the Ipswich City Cemetery.

Visitation is 5-7:00 pm Friday, June 12, 2020 at Gramm Funeral Home with a prayer service starting at 7:00 PM. While all are welcome to attend the visitation and services, spacing restrictions will be in effect and will limit the attendance.  The service will be live streamed and also available after the service at grammfuneralhome.com

Condolences and memories may be shared with her family by sending cards to Gramm Funeral Home, Irene Rissmann Family, 720 N. 6th St., Ipswich, SD  57451 or may be left online at grammfuneralhome.com

To order memorial trees or send flowers to the family in memory of Irene Rissmann, please visit our flower store.