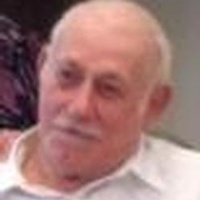 The family prefers memorials in lieu of flowers.

Harold Marvin Geffre was born on the family farm, north of Leola on July 18,1928, to Louis and Emma (Lechner) Geffre. He attended country school, then farmed with his parents. On September 12, 1948, Harold married Lea Schnaidt at Leola. They spent 34 years farming. In the late 70's Harold started trucking. He left the farm in 1982 and moved to Eureka, continuing the trucking business until 2004. On December 20, 1984, he married Kathy Kunkle. He continued to live in Eureka, until moving to Leola in 2011, where he resided until his death.

Harold was very proud of his children and grandchildren. He enjoyed old time music, playing accordion and harmonica, fishing, rodeos, and working with cattle and horses. Harold was very well known throughout the area with his trucking business. He hauled livestock and grain for many producers in the region. Harold's sons and grandsons have carried on the trucking tradition. He was an avid fisherman. If he wasn't on the road, he could be found fishing.

To order memorial trees or send flowers to the family in memory of Harold Geffre, please visit our flower store.