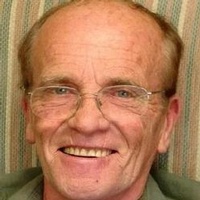 
Mass of Christian Burial will be 10:30 AM Saturday at St. Thomas The Apostle Catholic Church in Roscoe with the Chaplet of Divine Mercy Prayer at 10:00 AM. Burial will follow at Morningside Cemetery in Roscoe.


Gary was born to Wendelin and Magdalena (Malsam) Geier in Aberdeen, SD. He was raised on the family farm and attended school in Roscoe, graduating from Roscoe High School in 1972. Following graduation he attended Lake Area Vo-Tech and embarked on a career in carpentry.

He married Judy Wiley on May 27, 1989. They made their home in Watertown before moving to Sioux Falls in 2011.


Gary will be remembered for his kind and giving heart, sense of humor, creative abilities and love of nature. He was a brave warrior in his battle against cancer.

He is preceded in death by his father, Wendelin; and three brothers, Adam, Peter and Charles.

To order memorial trees or send flowers to the family in memory of Gary Geier, please visit our flower store.