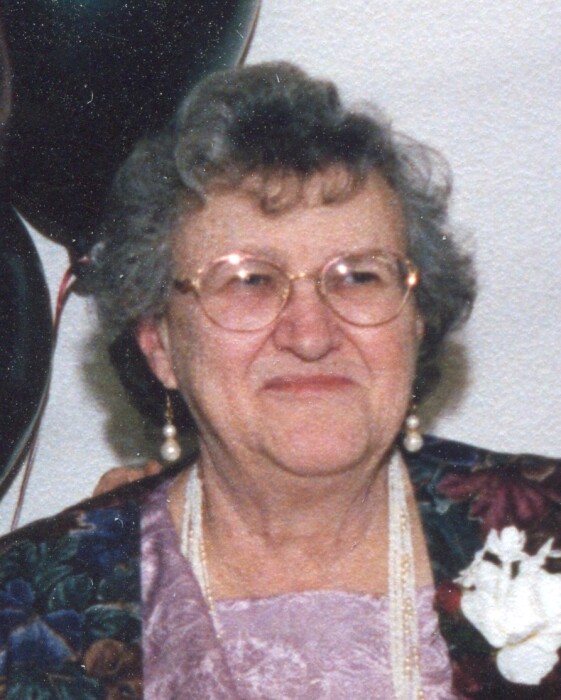 The Memorial Service for Eileen Coisman, 90, of Ipswich will be 11:00am, Saturday May 29, 2021 at the United Church of Christ in Ipswich, Pastor Tim Fugman officiating.

Eileen Ione Louise Coisman was born December 24, 1930 to Bill and Rose (Vilhauer) Fideler at Delmont, SD.  She was baptized and confirmed in the Reformed Church in Delmont.  She attended country school and graduated from Delmont High School in 1949.

After graduation she moved to Sioux Falls and worked for several years.  She met and fell in love with Don Coisman, they married on New Year’s Eve 1962.  To this union two sons were born, Dan and David.

In 1968 they moved to Ipswich where she owned and operated the Ipswich Motel for over 30 years.  In the 1970’s she started her cooking career at both schools in Ipswich.  In 1978, she started cooking at the Downtown Café and soon after bought the business, running it for 10 years.  Eileen also cooked at the Friendly Drive-Inn, Craven Corner (where she fondly remembered cooking for Box Car Willy and Kitty Wells) and the Yellowstone Café and Tavern.

While her boys were young, she loved to take them fishing. If the fish weren’t biting fast enough the boys would be off exploring while she tended to the lines.  In the winter months, she and the boys would work on puzzles to pass the long dark nights.

Eileen enjoyed cooking, knitting, crocheting, any crafty thing she could find, dancing and playing cards.  She also loved to take pictures and left her family a lifetime of memories on film.  Eileen was also involved in many groups and organizations over the years, from being a Cub Scout leader to an active member of the UCC Church in Ipswich.

In her later years, she would gather a car load of ladies and drive around the countryside to explore many exciting things.  They would end up at someone’s house for an entire evening of chatting, snacking and playing cards.  After the death of her daughter-in-law, she helped David raise his twin daughters whom she loved and cherished so very much.

Eileen passed away Monday, February 8, 2021 at Avantara in Ipswich.  Her seervices were delayed due to the COVID-19 pandemic.

She leaves behind two sons, Dan of Seward, AK and David of Ipswich; three granddaughters, Elizabeth “Izzy” (Cody) Rush of St. Louis and Savannah and Shaylee Coisman of Ipswich; one grandson, David Coisman of Utah; one sister, Rosetta Slaba of Yankton, SD; one sister-in-law, Ione Fideler of Parkston, SD and many nieces, nephews, grand-nieces and grand-nephews.

Eileen was preceded in death by her parents; one brother, Wilber “Sonny” Fideler; one sister, Joyce Winkler, 2 brothers-in-law, Clio Winkler and Bob Slaba and a daughter-in-law, Becky Coisman.

Memories and condolences may be shared with her family at grammfuneralhome.com

To order memorial trees or send flowers to the family in memory of Eileen Coisman, please visit our flower store.