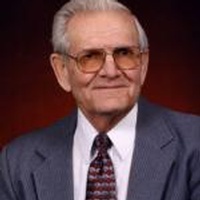 A Liturgical Wake and Rosary is 6:30 pm Friday at Holy Cross.

Visitation is Noon to 4:00 pm Friday at Gramm Funeral Home in Ipswich and one hour prior to services at the church.

Edward J. Lacher was born in Fountain Township, Edmunds County, S.D., on March 2, 1931 to Joseph and Magdalena (Roth) Lacher. He attended all eight grades of grade school in rural school in Fountain Towhship. He graduated from high school in Ipswich in 1950, and attended Minor Seminary at St. John's in Collegeville, Minnesota for one year.

Ed served in the United States Marine Corps from February 1952 to February 1954 with the 2nd and 3rd Divisions.

Upon his honorable discharge from service he returned to Ipswich. He married Doris Schaefbauer on June 20, 1970. They made their home in Ipswich. He farmed with his father and brother for several years. Ed served on the board of township supervisors for many years. He was a rural mail carrier, retiring in 1992, after thirty years as a carrier.

Ed's faith was very important to him as he served on the Holy Cross School Board and was a member of the Holy Cross Catholic Church. He was a choir director for several years when Mass was still said in Latin. He was a Lector and Eucharistic Minister in the church. Ed was very pro-life and belonged to the Right-To-Life Movement.

He cherished times spent with family and friends.

To order memorial trees or send flowers to the family in memory of Edward Lacher, please visit our flower store.